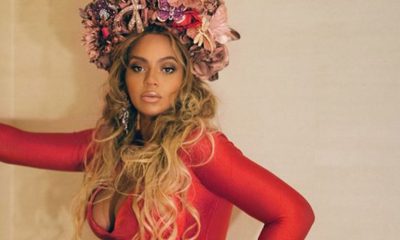 Beyoncé may only just be celebrating her twins’ first birthday, but fans are convinced she’s already pregnant with baby number four. The Halo singer has sparked pregnancy rumours while her On The Run II tour with husband Jay-Z, with many fans questioning whether she’s hiding a blossoming baby bump under her head-turning stage costumes.

The mum-of-three’s tour wardrobe includes outfits such as tie-waisted coats and jackets, all of which cover up her stomach. And while it could just be that she doesn’t want to wear revealing ensembles, her loyal fans are convinced that it could be a sign she’s pregnant.

The pregnancy rumours come as the singer and her husband celebrate the first birthday of their twins, Rumi and Sir Carter. The babies turned one on Wednesday, and the couple gave a special shout out to them while on stage in Manchester that evening. Doting mum Beyoncé said over the microphone: “Happy Birthday to Sir and Rumi. We love you!”

Although the celebrity couple have kept their twins out of the public eye, fans were given a rare glimpse at the babies in new footage played at their concerts. Several personal videos appear to show Beyoncé and Jay-Z renewing their wedding views as Rumi, Sir and their big sister Blue Ivy look on.

Beyoncé’s mum Tina Knowles has previously opened up about Blue’s skills as a big sister, telling Entertainment Tonight: “[Blue Ivy] is very proud and excited. She’s a good big sister and cares for them a lot. We’re very excited. It’s a wonderful experience.” She also told HollywoodLife.com: “Blue Ivy is doing well. She’s a big sister, and she’s willing to step in and do whatever she can to help out her little siblings. She’s playing with them and looking out for them while they sleep. She’ll even warm a few bottles from time to time.”