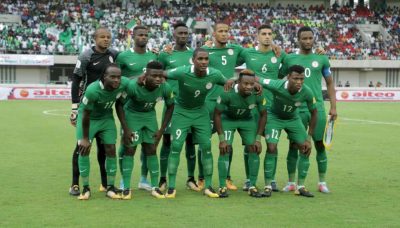 The Russia 2018 World Cup-bound Super Eagles contingent will on Wednesday meet with President Muhammadu Buhari at the Presidential Villa in Abuja, the nation’s capital.

In a statement on Tuesday, the scheduled meeting comes after an unsuccessful session with the President that also fell on the Democracy Day celebrations.
“It would be an opportunity for the country’s leader to meet with and wish the three –time African champions well on their way to a sixth appearance at football’s biggest showpiece,” the statement read in part.

According to officials of the Nigeria Football Federation (NFF), the meeting would take place at the Council chambers at 10am, before the commencement of the weekly Federal Executive Council meeting.