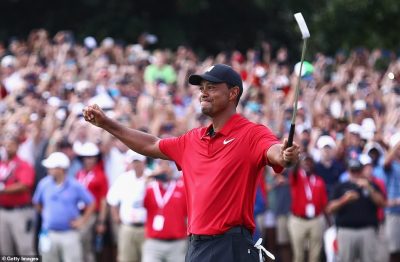 Golf legend, Tiger Woods has won the 2018 Tour Championship and his 80th on the PGA title, just when many experts believed that his career was finished.

Woods has overcome personal struggles and four back surgeries to secure his victory. This will be his first victory since 2013.

After winning he said: “I loved every minute of it the fight and the grind.

“I was having a hard time not crying at the last hole, once I got the ball on the green I knew I could handle it from there.”

His present girlfriend Erica Herman, was on hand to celebrate the heroic achievement with him. 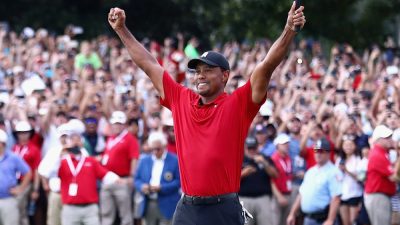 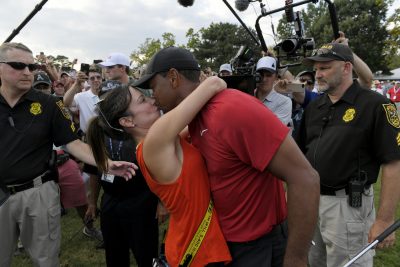 ATLANTA, GA – SEPTEMBER 23: Tiger Woods and his girlfriend Erica Herman celebrate after the final round of the TOUR Championship at East Lake Golf Club on September 23, 2018, in Atlanta, Georgia. (Photo by Stan Badz/PGA TOUR)