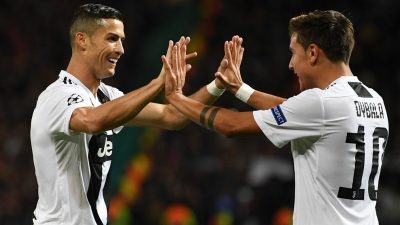 Juventus took charge of Group H in the Champions League, after their 1-0 win over Manchester United at Old Trafford on Tuesday night. All the pre-match hype was about Cristiano Ronaldo’s return to his old stomping ground and Paul Pogba facing his former team. But it was Paulo Dybala, who sealed the win with a 17th minute goal, as the Serie A champions dominated the game.

Bayern defeated AEK Athens 2-0 in the early kick-off, Lyon drew 3-3 with Hoffenheim and Valencia were held to a 1-1 draw by Young Boys

According to BBC, when Jose Mourinho was asked if his Manchester United side gave Juventus too much respect.

He replies: “I don’t think so. I tried not to. With the team we played it was to let the boys feel positive and take the positive feeling from our match at Stamford Bridge.

“That’s the base that allows them to play with the freedom in attack. ‘Lose the ball, no problem, we are here’.

“We could deserve a goal for the effort of the boys but it was not possible. I have no complaints with my boys. I have a positive feeling for their effort.” 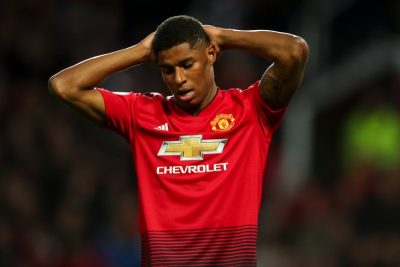