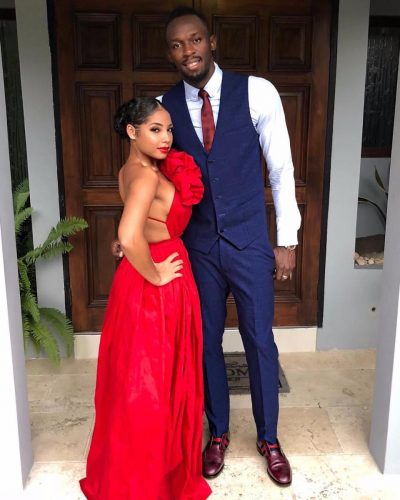 The world’s fastest man cut out nookie on the eve of a big event after he found it was slowing him down.He told The Sunday Times: “In the early days, I did try having s-x before a race, just to see if it helped. It was a disaster. I was nowhere.”

During his stellar career, he reveals he reached an agreement with his coach that he continue partying provided he kept winning races.

He said: “I’m a young guy. I like to have a good time. I can train hard, but I also need some down time. If I don’t go out and let off steam, I go a bit crazy.

“My coach understood, and we worked out a good system. Even though I went to parties, I was still winning races. If I was coming last, sure, you can tell me to stop partying, but if I’m breaking world records, you got no right to tell me what to do.”

Bolt has been dating Kasi Bennett, the Jamaican model and businesswoman, for more than five years.
He says the pair have discussed marriage and he’s eager to have kids one day.

Bolt added: “I have to talk about it, otherwise my mum starts complaining. Every time I ring home, the only thing she wants to know is when we’re getting married and when we’re gonna have kids.

“Me and Kasi had a serious talk last year, after I retired, but she was just about to launch her new business and we didn’t want the pressure of trying to deal with everything at the same time.

“I’m pretty sure there’ll be some news next year.

“I want to be a father and I’m looking forward to that future. The next stage for me. I’m still a kid myself, so I think I’ll be a cool dad.”