Home / Gist / Video: I Have Dated Every Race Of Men Except AN Asian, Says DJ Cuppy 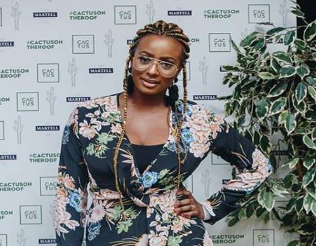 The billionaire daughter and Pepsi ambassador, Dj Cuppy in a chat with hotfm_lagos, revealed that she has dated men from every race apart from Asian.

I have dated every race of men except an Asian – DJ Cuppy. 📹: Hotfm_Lagos

Meanwhile, Dj Cuppy has shared the visuals to her new single, ‘Currency’, which features L.A.X.

‘Currency’, which was officially released in the early hours of Friday, August 24 as her second single of the year following the release of ‘Vybe’ which features Ghanaian rapper Sarkodie, is a song of affluence, expression of love and good vibes.

It features Cuppy in her singing elements as she continues to hone her vocal talents in addition to her disc jockey skills, with L.A.X providing the right blend to make this a worthy listen.